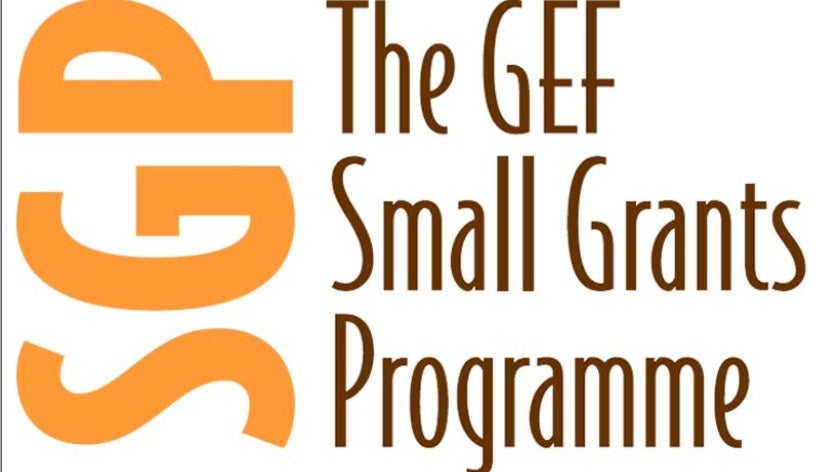 KIGALI, Rwanda – On February 28, Ms. Marisa Lago, the U.S. Assistant Secretary of the Treasury for International Markets and Development, toured a project led by women and financed by the Global Environment Facility’s Small Grants Programme (GEF-SGP) in Rwanda. The project is introducing alternative energy sources to wood fuel as a response to climate change and deforestation while improving the livelihoods of the community.

With the support of the GEF SGP, and implemented by the United Nations Development Programme (UNDP), the women’s organization COOCEN, or Cooperative for the Conservation of the Environment (formerly ACEN), has started the production of ecological briquettes and compatible clean cook stoves in Kigali.

The visit began with welcoming remarks by Ms. Beata Uwimpuhwe, the chair of COOCEN. Ms. Uwimpuhwe explained how the project started: In 2002, the association, then known as ACEN, organized around the objective of conserving the environment by collecting garbage and generating sustainable livelihoods. Most of the organization’s 150 members were street workers, some of them sex workers.  With the help of the European Union, the women received training in waste recycling, and in 2005, with the support of the Canadian Embassy, they started making briquettes that can be used as an alternative to firewood and charcoal. Initially, production was small. 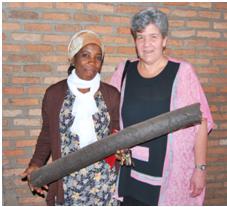 In 2007, the cooperative applied to the GEF Small Grants Programme and received the funds and necessary technical assistance to buy additional machines, improve production and start a briquettes store. The grant also allowed the women to fabricate stoves suitable for use with the briquettes. Today, more than 1,000 households, including those of COOCEN members, have switched to briquettes instead of charcoal. Among the most significant clients are tea and brick factories, schools, and prisons.

Currently, COOCEN produces around 1,500 tons of briquettes per year as an alternative to firewood. Through the introduction of these ecological briquettes, the project helps to avoid the burning of 1,200 tons of firewood per year, or the cutting of at least 9,000 trees, the equivalent of about 22.2 acres of forest plantation. Through this, the project has helped avoid 297 tons of CO2 emissions per year. In addition, through the support of the GEF SGP, the association became a cooperative and now receives advice from the Kigali City Council. 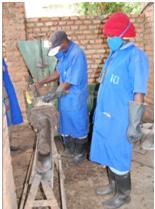 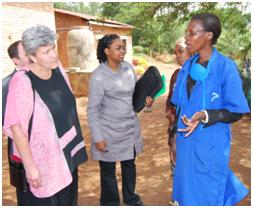 “This is a remarkable, well integrated project," Ms. Lago said after during the visit. “Site visits like this are critically important for seeing first-hand the application of promising business models. The work being done here speaks volumes about the potential to replicate programs based on commercial operations with positive economic and environmental impact. I so appreciate the involvement of vulnerable women in this program and congratulate you for an initiative that benefits the environment, creates jobs, and helps people access banking and insurance services."

Ms. Uwimpuhwe added that the GEF SGP remained close to the cooperative after project completion and the Programme’s support has been very valuable. Vestine Uwimana, 44, a member and worker of COOCEN and mother of 5, said: “Thanks to the project I can pay for food for my family and school fees. I now have access to a bank account, my colleagues and I can save money, I have subscribed to a pension scheme and health and disability insurance.” 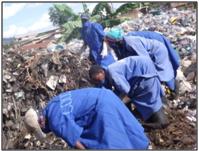 Rwanda%202.jpg
The cooperative employs 110 people, mostly women, who earn at least US$50 per month, enabling a significant improvement in their standard of living. With this income they can pay for food, school fees for their children, and health and disability insurance. The earnings have improved their quality of life and capacity to provide for their families. The employees have been equipped with gloves, protective masks and boots to protect them from injuries and respiratory diseases while manipulating garbage.

In addition, the 4,000 households where garbage is collected benefit from improved health and sanitary conditions. In Kigali, garbage collection is indeed mainly done by cooperatives as there is no public institution to do the job. COOCEN has been recognized by the City Council in 2008 and twice by the Ministry of Labour in 2009 and 2010 for its efforts toward jobs creation and innovation.

At the end of the visit Ms. Uwimpuhwe invited Ms. Lago to join her in planting a tree at the entrance of the project site compound. The tree was called the GEF Tree. 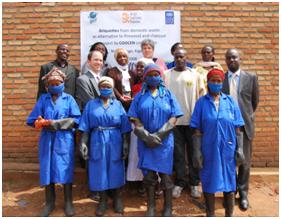 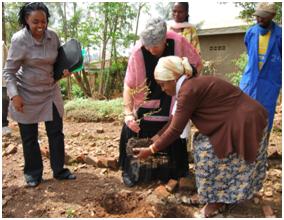 Ms. Lago was accompanied by Patrick Stuart of the U.S. Department of the Treasury, Mr. Brian Frantz from USAID Rwanda, and Mr. Christian Shingiro, the Head of Poverty and Environmement of the United Nations Development Programme.

The GEF unites 182 countries in partnership with international institutions, non-governmental organizations (NGOs), and the private sector to address global environmental issues while supporting national sustainable development initiatives. Today the GEF is the largest multinational funder of projects to improve the global environment. An independent international financial organization, the GEF provides grants for projects related to biodiversity, climate change, international waters, land degradation, the ozone layer, and persistent organic pollutants. Since 1991, GEF has achieved a strong track record with developing countries and countries with economies in transition, providing $10 billion in grants and leveraging $47 billion in co-financing for over 2,800 projects in over 168 countries. 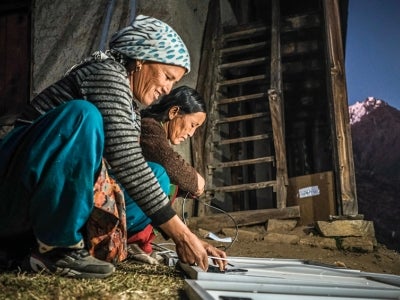