29 November 2018 – The 2018 UN Biodiversity Conference of the Parties (COP14) closed tonight with broad international agreement on reversing the global destruction of nature and biodiversity loss threatening all forms of life on Earth.

To combat this crisis, governments agreed to accelerate action to achieve the Aichi Biodiversity Targets, agreed in 2010, from now until 2020. Work to achieve these targets will take place at the global, regional, national and subnational levels. The meeting also agreed on a comprehensive and participatory process for developing the post-2020 global biodiversity framework anticipated to be agreed upon at the next Conference of Parties (COP 15) in Beijing in 2020. The framework aims to safeguard nature and biodiversity for decades to come.

Dr. Cristiana Paşca Palmer, Executive Secretary of the UN Convention on Biological Diversity, thanked delegates for their work and their commitments at the meeting. Throughout the conference, she laid out the scientific case that humankind is currently on an unsustainable path that involves a continuing steep loss of biodiversity with cascading consequences for nature and for human society, including in the global economy, the availability of food and water, and human security, health and wellbeing.

Dr. Paşca Palmer said “Nature is dynamic and interrelated -- and so must be our response. We must move from the very real incremental change that we have created to a model that continues to push incremental wins while also fundamentally reaching for transformational change. As this COP shows, we have already begun this journey.”

To engage all sectors and stakeholders, the Government of the Arab Republic of Egypt, the Government of the People’s Republic of China, and the Secretariat of the United Nations Convention on Biological Diversity announced the launch of a Sharm El-Sheik to Beijing Action Agenda for Nature and People to catalyze, collect, and celebrate actions taken in support of biodiversity conservation and its sustainable use.

Her Excellency, Yasmine Fouad, Minister of Environment of the Arab Republic of Egypt, and COP 14 President, reiterated that ministers and heads of delegation welcomed Egypt's initiative to promote a coordinated approach to address biodiversity loss, climate change and land and ecosystems degradation.

She called on the United Nations General Assembly to convene a summit on biodiversity at the level of heads of State prior to the CBD COP15 in 2020, and for countries to complete the achievement of the CBD Strategic Plan before the end of this decade.

From the “city of peace”, Sharm El Sheikh, Minister Fouad stressed Egypt’s appreciation for the opportunity to host COP 14 with representations of delegations from countries, organizations and institutions over 17 days under one common slogan, "Investing in biodiversity for People and Planet.”

"We need to think seriously about system transformation and a new social contract to protect the global commons," Naoko Ishii, CEO and Chairperson of the Global Environment Facility said at the opening of COP14.  "Nature and people deserve a new deal," Ishii said.  "2020 offers one last opportunity for the global community to get its act together - let's not miss it!"

Other announcements and decisions made at the conference include:

- An African Ministerial Summit held immediately prior to  COP 14 produced a Ministerial Declaration as well as the Pan-African Action Agenda on Ecosystem Restoration for Increased Resilience;

- COP14 decision on cooperation also called for UN General Assembly to designate 2021 to 2030 as the UN Decade of Ecosystem Restoration;

- The Business and Biodiversity Forum produced dialogues and recommendations to further strengthen private sector and corporate engagement in support of the biodiversity and mainstreaming agenda;

- Building on the theme of the conference, COP14 adopted a decision for a long-term strategic approach to mainstreaming biodiversity into the work of a number of productive sectors, including energy and mining, infrastructure, manufacturing and processing and health, with a view to contribute to the post 2020 process ;

- A Nature and Culture Summit announced activities to advance work on biological and cultural diversity in collaboration with the United Nations Educational, Scientific and Cultural Organization (UNESCO) and indigenous peoples and local communities;

- Voluntary guidelines were adopted on various issues, including on the design and effective implementation of ecosystem-based approaches to climate change adaptation and disaster risk reduction; on the repatriation of traditional knowledge and on integration of protected areas and other effective area-based conservation measures into the wider land- and seascapes ;

- Decision for further studies and discussions under a number of Ad Hoc Technical Expert Groups were also adopted, in particular groups were agreed for synthetic biology and digital sequence information.  The meeting also adopted a procedure for avoiding conflicts of interest in expert groups under all three bodies of the Convention;

- The meeting adopted decisions on issues related to the the Nagoya Protocol on Access to Genetic Resources and the Fair and Equitable Sharing of Benefits Arising from their Utilization and the Cartagena Protocol on Biosafety, including risk assessment and risk management, socioeconomic considerations, specialised international access and benefit-sharing instruments in the context of Article 4, paragraph 4 of the Nagoya Protocol, and on a Global Multilateral Benefit Sharing Mechanism, and others. 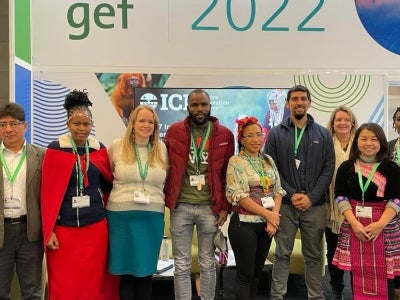