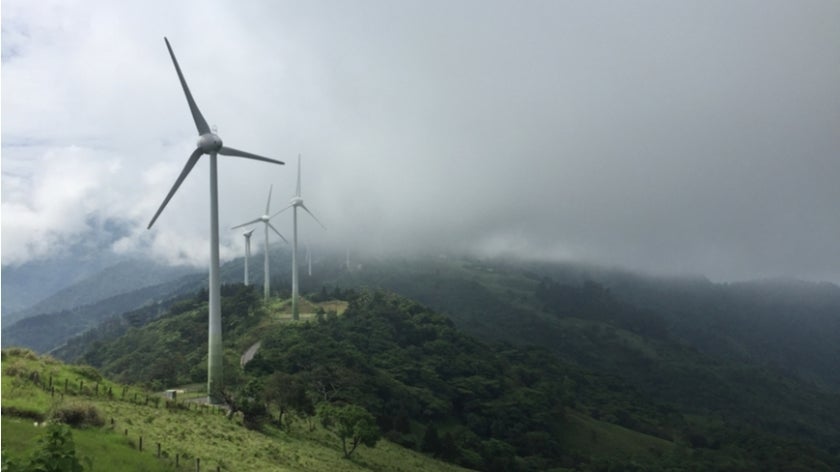 Costa Rica has an ambitious goal to become the first carbon neutral nation in the world by 2021. The Central American country has long been known for its environmental stewardship, but the commitments Costa Rica made for itself under the Paris Agreement have set a new high bar for decarbonization.

For Costa Rica and all countries participating in the Paris Agreement, the ability to meet their greenhouse gas emission targets – known as National Determined Contributions (NDCs)—hinges on their capacity to monitor, track, and report on progress, and make adjustments as needed.

Countries have pledged to be transparent in their reporting and provide credible data along the way. That’s not easy for any country, and a small, middle-income country like Costa Rica needs assistance to live up to these pledges.

Enter the Capacity-building Initiative for Transparency (CBIT), a GEF-supported initiative that builds the capacity of countries to respond to the transparency requirements of the Paris Agreement. This includes tracking progress towards the greenhouse-gas reduction targets countries have set for themselves and supporting adaptation actions, as well as tracking climate finance to figure out where money is going and where it’s needed most.

For many countries, providing resources to improve transparency and measurement can significantly increase the odds they will be able to set and track ambitious climate goals and meet them. Donors like Japan, Italy, Norway, Germany, and others have been strong supporters of CBIT because they realize it is in everyone’s best interest to make sure that reporting is timely, and numbers are reliable.

CBIT is now funding 48 projects in participating countries—an investment totaling US$74 million. Each country completely drives the nature and scope of these projects. Support ranges from basic yet necessary efforts as collecting and enabling the sharing of information within ministries to constructing intricate software and hardware systems that facilitate data collection.

In Costa Rica, CBIT support allowed the Ministry of Environment and Energy to build an online platform that will track progress to the country’s ambitious goals. The platform will allow data producers to input data and for data users to gain an understanding of how the country is doing to meet its NDCs. The platform uses open-source code to maximize participation and allow other countries to build similar platforms.

CBIT solves a critical problem for countries like Costa Rica. Until the Paris Agreement, developing countries had not committed to specific targets for emission reductions. Many countries—particularly those with low- and middle-incomes—did not have good systems to verify, track, and systemically improve their reporting data. As a result, the ability of countries to accurately measure and report on a timely manner varied dramatically. By closing this capacity gap, CBIT helps countries with validity and accountability, making the global climate agreement much more meaningful and effective.

To further support countries on their transparency journeys, once a year CBIT brings together representatives from all countries that have CBIT-funded projects and all donors for an in-person gathering. I am just returning from this year’s Global Coordination Meeting and Technical Workshop in Rome, Italy and I am energized by the experience.

We had 100 attendees from 36 countries that receive CBIT assistance and seven donor countries, as well as many multi-lateral, civil society, and research groups that are partners in the UN Framework Convention on Climate Change. This is the largest group we have ever convened and there was a strong sense of community among all of the country focal points and implementing partners.

This annual gathering allows participants to share knowledge and lessons learned, and to coordinate on projects. For example, the former Costa Rican Minister of Environment and Energy Dr. Edgar Gutierrez talked with many country representatives about their experience setting up sound institutional arrangements, as well as their online data platform and how others could replicate it.

It is now three years after CBIT was established, so a significant number of projects are progressing, with a lot to share. It is not every day that countries working on similar projects can get together, bounce ideas off of each other, and figure out new ways to do things. We look forward to keeping that energy and coordination going throughout the year with regional sub-groups and our online platform.

We now have CBIT projects that improve tracking and reporting in countries that account for 22 percent of the world’s greenhouse gas emissions. We are also in discussions with other interested countries with significant greenhouse gas emissions, which could drive that number up to 60 percent. That means we could have better quality and more timely reporting of emissions—and ultimately, improved transparency—from more than half of the world’s greenhouse gas producers. We can see where progress is being made and where needs still remain. This is a tremendous development.

Coming from the Rome gathering, it is clearer than ever that CBIT fills a critical gap for many countries that are wrestling with how to meet and measure their NDCs under the Paris Agreement. This important initiative gets us one step closer to sustaining our world as we know it.