Science for Sustainability: Turning Challenges into Opportunities in Cuba 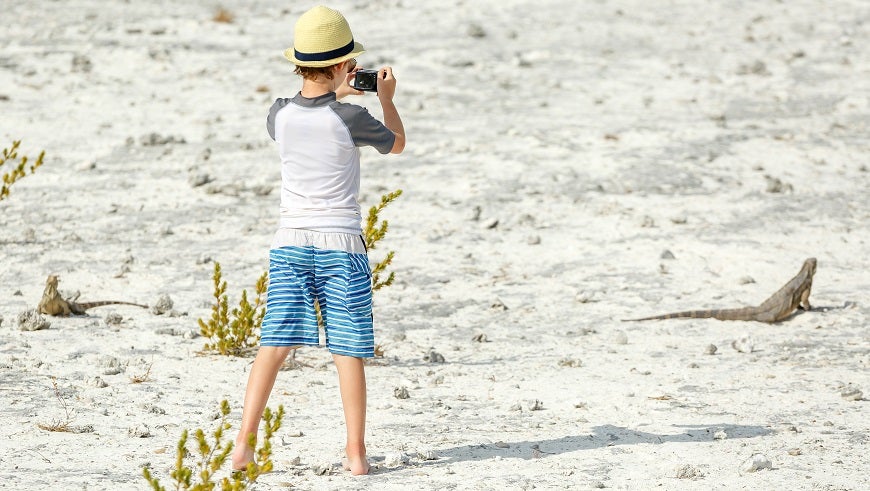 “I have had the personal and professional experience of travelling, with many different companions, on a remarkable journey through the landscapes of Cuba, as we work to conserve our ecosystems and support sustainable livelihoods. Working together, our Government, the GEF and UNDP have provided the roadmap, directions, equipment and funds to make this possible. The departure point for the journey was the diverse and rich Sabana-Camagüey archipelago, on the north shore of Cuba – with its mosaic of sensitive marine environments, mangroves, coastal forests and agricultural lands that are critical for supporting the livelihoods of the varied communities there. From here, our route took us through diverse protected areas – where globally important habitats and species are conserved, and then inland to the mountains – our water factories. The journey started 25 years ago and still continues today. I have had the privilege of leading one leg of this journey for nearly 13 years, and I am proud to share some of what I have learnt along the way. Cuba is a Small Island Developing State and protection of coastal and marine ecosystems is a strategic issue. Tourism is one of the strongest components of our economy and depends on us maintaining the health of these coastal ecosystems. In the Sabana-Camagüey archipelago, tourism zones also coincide with areas that support important fisheries – this meant that we had to harmonize the management of resource use by these sectors to avoid conflicts, and this provided the basis for our project.

From its conception, the project envisaged ecosystem-based management as a way to promote sustainable development. Better understanding of the ecosystem was needed, so, early on, the work was characterized by detailed biodiversity research undertaken by scientific institutions. But the link with production sectors was missing – how could we translate our knowledge of biodiversity and ecosystems into programmes of action that would lead us towards sustainable use of ecosystem goods and services for the benefit of economic development, and improved quality life?

The critical step was to open paths for establishing partnerships among key economic sectors – tourism, agriculture, livestock, fisheries, and forestry – the scientists, regulatory authorities, communities and local government bodies. I was pleased to see the progression in the relationships among these role-players – this ‘coming together’ was greatly facilitated by our focus on training in sustainable production practices. At first you could almost read the thoughts of the producers saying: “What is this scientist coming to talk about now?” With time, they started speaking about sustainable production as if it was something they had always known and believed in! And, with time, they have seen tangible evidence of job creation and the generation of environmental, economic and social benefits. These range from nature-based tourism – building on well-managed, intact ecosystems; to agro-forestry and sustainable land and livestock management on land previously under sugar cane; to biodiversity-compatible activities such as cultivation of natural sponges and sustainable cultivation of mangrove oysters. The net effect was that we restored ecosystem health at pilot sites, with benefits for food security – this provided best practices that are now being replicated elsewhere.

A great innovation was the creation of capacity building centres in municipalities. These provided classrooms for learning and providing advisory services to local governments. Rural people had the opportunity to go to international events to represent Cuba, and the project. I will not forget an event on integrated coastal management in Uruguay, where we sent five participants to explain the experiences of their municipalities in integrated coastal management. All five delegates were women and this reflected the strong participation of women in the project – they numbered more than the men!

Along this journey, I learnt that change takes time, but it can happen – when people can see the benefits and when there are opportunities on which to build. By way of example: in the nineties, 25 sugar cane factories were closed in the coastal areas of   Sabana-Camagüey, as part of the transformation of the Cuban economy. In these areas people had been devoted to the cultivation of sugar cane for many generations – the sugar cane plants were part of their life and suddenly this ended. For the project, this challenge presented an opportunity. We were able to help these communities develop sustainable approaches to rearing water buffalo for milk and meat, while protecting key wetland areas. In addition, the government interest in reforestation was an opportunity for us to introduce native tree species in key locations to increase connectivity to natural forest areas. The seeds that we started planting in 2004 became trees by 2015. Today, the people who planted only sugar cane now grow different crops, nurturing them with organic fertilizer and worm compost, and they use biogas for their energy needs. And it is so pleasing to hear local farmers saying: “The birds we have not seen for years have come back again!”

The overall impact of our work in the Sabana-Camaguey was that it opened the way to doing things differently – from production on the ground right up to policy level. Today we have a much broader vision of natural resources and the holistic nature of the environment, and how national decisions can be shaped by lessons learnt at the local level – so much so, that Cuba’s national coastal zone management legislation was informed largely by the approaches and practices developed through the Sabana-Camagüey projects.

Our ground-breaking work on building co-operation between land-use sectors provided a foundation on which subsequent projects have been built – in particular those designed to strengthen our protected area system, and to connect mountain and coastal ecosystems through new biological corridors that link protected areas through production landscapes. This has meant that environmental and protected area planning had to be integrated with municipal land-use planning and decision-making. Achieving this was a first for Cuba, and an innovation that has now been replicated in other initiatives around the country. Municipal authorities have approved Coastal Management Programmes which integrate environmental management, government, community, and socio-economic sectors and science – a positive change from the old view of municipalities as being there only to implement national policy.

I believe that the long-standing relationship between our country, UNDP and GEF has yielded important impacts for a number of reasons. Firstly, the support has been developed in line with international objectives and national policies, each project building on the next, to provide an integrated programme of support to the country. Secondly, the sustainability of these impacts is quite certain, due to the existence of well-capacitated people, and genuine commitment and buy-in from Cuban institutions.

When we started this journey, I had a vision of the immense capabilities that this small country has to replicate experiences that promote synergies, linking national and international initiatives to produce big results. I am confident that UNDP and the GEF will continue with us on our ongoing journey, which now takes us through the territory of climate change, as we work to safeguard our ecosystems and make Cuba a prosperous island.”

DR DANIELA DE LAS MERCEDES ARELLANO ACOSTA  is an Advisor to the Environment Agency of the Ministry of Science, Technology and Environment of Cuba.  She holds degrees in Engineering Geophysics and Geological Sciences, is a founder member of the National Union of Architects and Construction Engineers of Cuba, and an active participant in the Latin American Meeting of Women Engineers, Architects and Surveyors. She has held various academic positions, including that of Deputy-Professor in the Higher Institute of Applied Science and Technology, has served as President of the National Committee for UNESCO’s International Hydrological Programme, and as National Co-ordinator of Regional Project 13 of the International Atomic Energy Agency. She served as the National Co-ordinator of the GEF-funded Sabana-Camagüey projects from 2002 to 2015. She is the recipient of several prestigious awards, including the Felipe Poey Award (2016) conferred by the “Friends of the Country Economic Society.”

Over the past 25 years, UNDP and GEF have worked with the Government of Cuba and other partners, to build an impressive portfolio of interconnected and complementary projects that address multiple issues across the entire country. These projects were designed to ensure the sustainability of impacts at specific sites, whilst replicating and expanding them to larger areas, addressing an increasing range of threats and emerging challenges that Cuba faces as a small island state.

As described by Daniela de las Mercedes Arellano Acosta, the earliest projects, which were initiated in 1991, established the scientific and institutional foundations for biodiversity conservation in the Sabana-Camagüey archipelago. Key sites were identified for safeguarding biodiversity and ecosystem services, such as the supply of fisheries stocks. A series of subsequent projects provided support for establishing protected areas in the Sabana-Camagüey, and building capacities for their management. From this departure point, two parallel streams of activities developed – one through which the governance framework for Cuba’s entire national protected area system was improved; and the other focused on mainstreaming biodiversity considerations into production sectors in the Sabana-Camagüey archipelago. The latter represented one of the first mainstreaming initiatives ever supported by the GEF.

These achievements paved the way for a second batch of UNDP-supported, GEF-financed projects which broadened the scope of interventions across the entire island. From 2005 and onwards, Cuba started to implement sustainable land-use practices and ecosystem conservation at a landscape scale through a ridge-to-reef approach. One of these initiatives was the Cuba’s Country Pilot Partnership on Sustainable Land Management (SLM), which is still running today. This has implemented sustainable landuse practices in multiple ecosystems by addressing key issues such as cattle ranching in dryland forest ecosystems, water resource management and sustainable financing mechanisms for SLM across productive landscapes. The lessons learnt from the first interventions on protected areas and from the Sabana-Camagüey projects also served to develop and establish a whole new set of marine and coastal protected areas along the entire southern coast of Cuba. In parallel, new programs were established to address restoration of degraded coastal areas; the prevention, control and management of invasive alien species in vulnerable ecosystems; and the conservation of threatened mountain ecosystems. Detailed studies on the impacts of climate change and adaptation measures have provided valuable information for the design and implementation of projects and national policies.

Cuba is now working with the UNDP and GEF on the development of a new ground-breaking project that will incorporate multiple environmental considerations, and their economic implications, into the management of landscapes, forests and production sectors. The new project will take all of the lessons learnt over the past 25 years to scale, and work to integrate environmental sustainability into implementation of the 2016-2030 National Development Plan, in the context of the country’s economic transition.