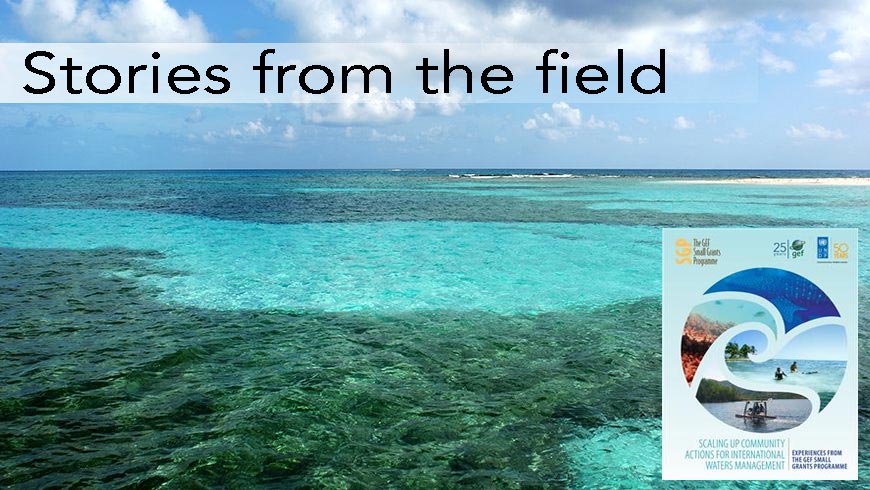 Belize’s biodiversity is exposed to various direct anthropogenic and natural threats system. It is estimated that about 75-80% of all coastal land in Belize has been purchased for the development of tourism and residential areas, posing a serious threat to mangroves, coastal wetlands, and other coastal ecosystems.

Belize’s marine biodiversity is characterized as being globally significant. Belize’s marine protected areas (MPAs) are home to seven United Nations Educational, Scientific, and Cultural Organization (UNESCO) designated protected areas that make up the Belize Barrier Reef Reserve System, which is also a World Heritage Site (UNESCO, 2015). The world heritage site totals 96,300 hectares (ha) and is home to over 500 species of fish, 65 scleraetinian corals, 45 hydroids, and 350 mollusks plus a great diversity of sponges, marine worms, and crustaceans. The area has one of the largest populations (300-700 individuals) of West Indian manatee (Trichechus manatus) in the world and its coastal zone is home to two species of threatened crocodiles (Crocodylus acutus and C. moreletii) (UNESCO, 2015).

Belize’s biodiversity is exposed to various direct anthropogenic and natural threats system. Over the last three decades the forest cover in Belize has decreased steadily due to the expansion of economic activities, such as large-scale agriculture and aquaculture. Rapid and uncontrolled coastal development has resulted in increased habitat loss in the coastal zone. It is estimated that about 75-80% of all coastal land in Belize has been purchased for the development of tourism and residential areas, posing a serious threat to mangroves, coastal wetlands, and other coastal ecosystems (Young, 2008). Overfishing and illegal fishing continue to put stress on the ecosystems.

The local community provided support in ensuring that all activities such as preparation of ropes, buoys, anchors, and the transportation of materials to sites were carried out properly. Community members also participated in focus group meetings and were actively involved in the planting and monitoring of the seaweed farms as well as in seaweed harvesting. As a result of the community involvement, 43 seaweed farms were established, doubling the original 20 seaweed farms envisioned in the two project proposals.

The projects created and continue to support the first and only sustainable seaweed farming in the country and have helped reduced the fishing pressure by 6% (measured by the number of fishers) in and around the Belize Barrier Reef Reserve System. The project provides 50 fishermen and eight tour guides with additional income to sustain their families without engaging in more fishing activities.

Dried seaweed is packaged and sold locally at the PPCSL office in different weight sizes: from one ounce which sells for three Belize dollars (BZ$) (BZ$1 is approximately equivalent to US$1.50) to 16 ounce which sells for BZ$30. To date over BZ$15,000 worth has been sold and current production stands at over 500 pounds of dried seaweed. Project funds have been used for continued monitoring and harvesting of seaweed farms, and to provide fuel and boat transportation to and from the seaweed farms. Funds were also used to provide a small stipend for the seaweed farmers, providing them with extra income during the monitoring and harvesting period. During the slow tourist season in Placencia, seaweed harvesting and monitoring provides jobs and income for members of the seaweed farming community.

Dried seaweed has also attracted foreign visitors who buy the product and take it back home. Currently, the cooperative exports seaweed to a buyer in Los Angeles and a local company developed a seaweed soap that has been sold in the cooperative’s office. A US-based company has shown interest in developing other brands of soaps and oils from the seaweed.

In addition, the project’s activities have benefited the entire community which no longer relies solely on the extraction of naturally occuring seaweed and has been able to use the end product (dried seaweed) as a food supplement for local consumption.

A Memorandum of Understanding was signed by the Ministry of Forest, Fisheries and Sustainable Development, the Southern Environmental Association, PPCSL, and the Fisheries Department for a Special Development Area to be designated within the marine protected area. The main objective was to establish a commercial seaweed farming initiative within the reserve to Provide further income diversification alternatives for fishers while reducing fishing pressures on the Belize Barrier Reef Reserve System World Heritage Site. A seaweed revolving fund has also been established as a long term strategy for financing community enterprises. The PPCSL will sign an MOU with Projects Abroad to attract volunteers to cultivate seaweed as a means to ensuring long term sustainability of the investment in the project.

Other stakeholders have shown interest in learning about the project and the PPCSL is actively training fishers from other coastal communities. A Seaweed Documentary and Manual was developed as part of the project which is being used by other communities to scale up this innovative practice. A grant of US$35,000 from The Nature Conservancy was recently awarded to the PPCSL to co-finance the ongoing SGP/COMPACT project to support the development of a seaweed training curriculum. The project has also been visited by high level officials who want to learn about it including the Fisheries Department, the Oak Foundation, the Mesoamerican Reef Leadership Program, the Cooperatives Department, the Minister of Forestry, Fisheries and Sustainable Development, and UNDP officials. The Fisheries Department is also providing technical assistance for the replication of the seaweed initiative in other marine protected areas including the South Water Caye Marine Reserve and Turneffe Atoll Marine Reserve. In addition, the Protected Areas Conservation Trust recently approved funding for a seaweed cultivation project in partnership with the Sarteneja Fishermen Association. All these processes have led the Fisheries Department to promote Seaweed cultivation for the country and the PPCSL is fully engaged in this process.