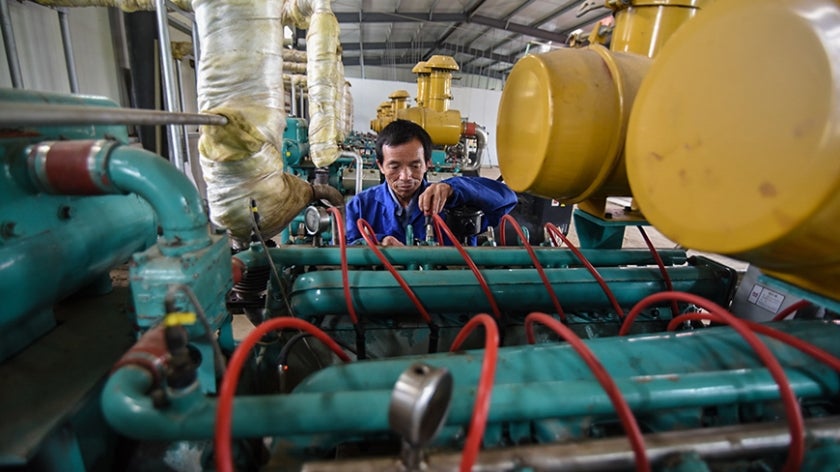 The burning of fossil fuels for energy is the largest single source of global greenhouse gas emissions. So, any effort to mitigate climate change must involve energy efficient strategies. After all, the easiest and cheapest clean energy solution lies in the energy that we don’t use.

When it comes to major industries, such as mining and manufacturing, there is still a lot of untapped energy efficiency potential. The widespread uptake of energy efficiency measures could reduce industrial energy use by over 25% and global CO2 emissions by 12.4%.

This would be a major leap in the right direction, not just for the environment, but also for businesses and national economies, which can benefit from reduced energy costs and increased productivity.

As Global Environment Facility CEO and Chairperson Naoko Ishii puts it: “Industrial energy efficiency is a no regret investment.”

Yet, despite offering so many benefits, industrial energy efficiency is amongst one of the most underrated opportunities to reduce global greenhouse emissions.

Unlike wind turbines, solar panels, and forest restoration, industrial energy efficiency interventions, such as retrofitting the insulation level of pipes, conducting energy audits or replacing old boilers, are often technical and not as prominent as, say a solar panel on a roof. As a result, industrial energy efficiency often does not receive the attention it needs from executives and global decision-makers in order to seize all of the potential that it offers as a climate solution.

There are also many barriers. In some countries, where sophisticated efficiency targets and regulations are already in place, a lack of financial incentives and market interventions, such as fuel subsidies, often stand in the way.

Industrial energy efficiency is essentially a win-win, cost-effective solution for everyone involved, and especially for companies and industry. Unlike other efforts to mitigate climate change, industrial energy efficiency offers a relatively rapid return on investment. A large-scale shift toward such practices would enable businesses and industry to slash their power bills, in some cases by up to 30%.

Despite the vast potential on offer, the International Energy Agency reported in October 2019 that progress on energy efficiency has declined to its slowest rate in a decade. Among the many reasons for this “historic slowdown” is a lack of know-how, enabling policy, investment opportunities, and awareness.

To accelerate this "invisible solution," in 2017 the GEF partnered with the United Nations Industrial Development Organization (UNIDO), Sustainable Energy For All, and the Carbon Trust to form the UNIDO Industrial Energy Accelerator to break down these barriers and rally government, industry, and finance around efforts that ignite change in energy-intensive industries.

The Accelerator currently works in five major industrial countries responsible for around a quarter of the world’s energy consumption. Each partner country - Indonesia, China, Mexico, Brazil, and Morocco - is home to major industries with huge energy efficiency potential.

China, for example, where industry consumes a vast amount of the nation’s power supply, the equivalent of France and Germany’s energy use could be saved. A projected 41% of this “saved energy” could come from the country’s industrial sector. To realize this potential, the Accelerator is working in close partnership with the Chinese government to identify low-carbon financial incentives such as tax relief and concessional loans. This work is seen as the next strategic step to drive China’s energy efficiency revolution further and could be a game-changer for reducing emissions globally.

In Brazil, where creditors have largely neglected the energy efficiency market, the Accelerator facilitated the country’s first series of financial sector training workshops to correct misguided perceptions around investment opportunities and risk. More than 25 banks and financial institutions, including Citibank Brasil, Banco do Brasil, and Rabobank, participated in three training workshops designed to increase understanding and financing for industrial energy efficiency projects in Brazil.

Imagine if results like these were mainstreamed worldwide, particularly in developing countries, where demand for energy is forecast to boom in the coming decades as they seek to reduce energy poverty and keep up with population growth.

As 2020 gets underway, there is no better time than now to seize all that this “invisible climate solution” has to offer.

The Industrial Energy Accelerator — an initiative supported by the GEF and led by UNIDO — is one of six programs launched by Sustainable Energy for All (SEforALL), which aim to double the global rate of improvement in energy efficiency by 2030. Specifically, the Industrial Energy Accelerator works to raise awareness and design solutions for a rapid uptake of energy efficiency in major industrial countries.