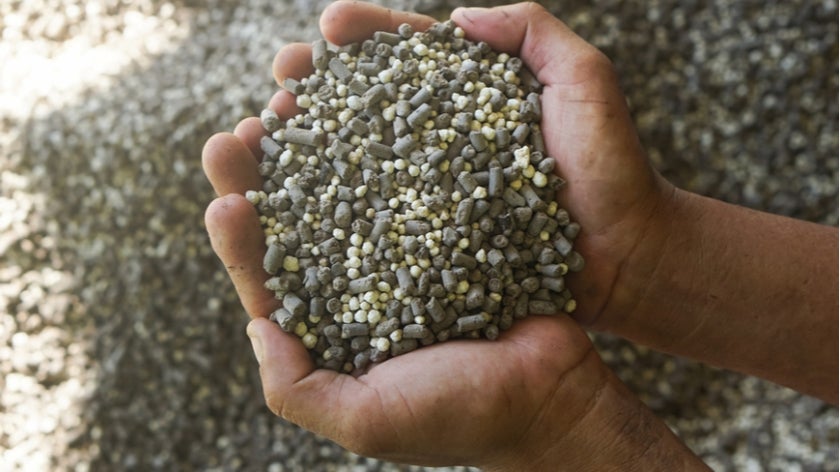 Handful of nitrogen fertilizer and manure

At a time when the world grapples with the menace of air pollution killing 7 million people prematurely every year, Sri Lanka, with support from the UN Environment Programme (UNEP), convened a two-day event at which member states came together to adopt what is being called the “Colombo Declaration” with an ambition to halve nitrogen waste by 2030.

“This is a historic moment for Planet Earth. For the first time governments have agreed to work together on a major quantitative global goal for improved nitrogen management” said, Prof. Mark Sutton, INMS project director. “The aspiration to halve nitrogen waste by 2030 offers a $100 billion opportunity to mobilize innovation for the nitrogen circular economy, while contributing to environment, health and livelihoods."

While a critical element for building structures of living organisms and an essential element for the survival of all living things, nitrogen overuse has negative impacts on the planet, biodiversity and is a contributor to the climate crisis.

Almost 80% of the air we breathe is made of nitrogen in the form of unreactive N2. This gas stabilizes the atmosphere by ensuring that the oxygen is limited to a safe amount to sustain life on earth. However, since the industrial revolution, reactive nitrogen has been entering into the atmosphere as a by-product of burning fossil fuels and has been discharged into the earth as nitrogen fertilizer.

Human driven flows of reactive nitrogen, which can form dangerous chemical compounds in air, water and soil, have increased more than ten times over the past 150 years, severely impacting human health. Excess nitrogen-based nutrients has also affected our planet's biodiversity.

“Humanity’s very existence depends on nitrogen. Over time, we have learned how to harness its power. Pulling nitrogen from the air and fixing it in soil is one reason why the human population has expanded so rapidly,” said Joyce Msuya, UNEP deputy executive director. “Yet its usefulness has come at a terrible cost. Our failure to use nitrogen efficiently is polluting the land, air and water.”

“The evidence is clear in that the air we breathe, the water we drink, the food we eat, the soil we invade, and the oceans regulating global temperature enabling our bodies to function, are being rapidly polluted,” said Sri Lanka president Maithripala Sirisena in his invitation to the high-level political dialogue.

As part of the Declaration, environment ministers and officials representing the governments of more than 30 countries endorsed United Nations plans for a campaign on sustainable nitrogen management called “Nitrogen for Life”, which stems from the Sustainable Nitrogen Management Resolution which was adopted during the fourth session of the UN Environment Assembly held from 11 – 15 March 2019 at the UNEP headquarters in Nairobi, Kenya.

“The campaign we have launched here today is so crucial. If we are going to raise nitrogen up on the agenda then we need to sound the alarm loud and clear. Once we have grabbed the world’s attention there is so much that can be done. And there are promising signs that some nations are already starting to wake up to the problem,” Msuya added.

The Colombo Declaration calls upon UN agencies, other international organizations, development partners, philanthropic agencies, academic and civil society organizations to support its implementation. It further urges countries to conduct a comprehensive assessment on nitrogen cycling covering policy, implementation, regulation, and scientific aspects at a national level plus sensitize the citizens to understand the natural nitrogen cycle and how human impacts alter its balance.

This news story is based on a United Nations Environment Programme press release.

Read this Q&A with nitrogen expert Mark Sutton on UNEP's work to coordinate and reduce nitrogen. 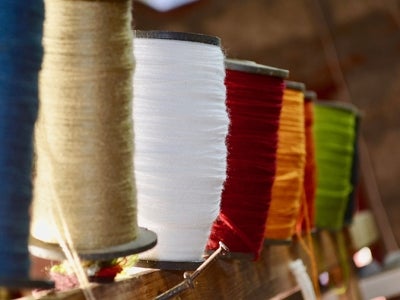 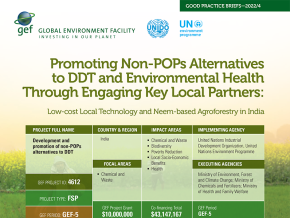