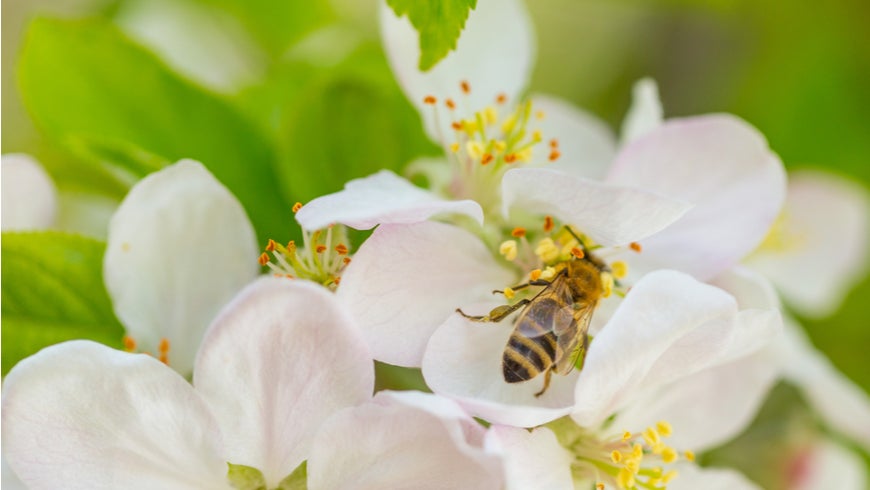 This year’s International Day for Biological Diversity focuses on biodiversity as the foundation for our food and health and as a key catalyst to transforming food systems and improving human well-being. Read the examples below that illustrate the roles certain species play in maintaining healthy ecosystems and biodiversity. Photo: Zoran Kompar Photography/Shutterstock.

The recent IPBES Global Assessment Report revealed that around one million animal and plant species are threatened with extinction, many within decades.

Turning this situation around will take time, money, and collective efforts at many levels. Since 1993, when the Convention on Biological Diversity was created, the Global Environment Facility has been supporting critical initiatives. GEF funds have improved the management of more than 860 million hectares (ha) of protected areas and parks around the world, an area larger than the size of Brazil. We have also helped countries sustainably use and manage biodiversity within more than 350 million ha of productive landscapes and seascapes.

But as GEF CEO and Chairperson Naoko Ishii said in her May 6 statement in response to the IPBES Global Assessment Report, we need to do more. "We need a new way of doing business. We must build new coalitions and partnerships to transform the key economic systems that support how we eat, how we move and how we produce and consume."

Ishii continued, “Going forward, the Global Environment Facility will continue to support the conservation of some of the most biologically diverse places on Earth but will do more to address the drivers of biodiversity loss. In our new four-year funding cycle, GEF-7, over $1 billion has been allocated to biodiversity protection. But, it’s increasingly evident that most damage takes place outside protected areas.

"To be successful, we must attack the problem much more from a systems perspective. And, the food system is one of the most important. Food production today is putting enormous strain on Earth’s biodiversity and other global commons like clean air, healthy forests, land, oceans and a stable climate.”

This year’s International Day for Biological Diversity focused on biodiversity as the foundation for our food and health and as a key catalyst to transforming food systems and improving human well-being.

Biodiversity underpins ecosystem functioning and the provision of goods and services essential to human health and well-being. Ecosystems, including our food production systems, depend on a whole host of organisms, such as primary producers, herbivores, carnivores, decomposers, pollinators, pathogens, natural enemies of pests. A diversity of species, varieties and breeds, as well as wild food and medicinal sources (fish, plants, bushmeat, insects and fungi) underpins dietary diversity, good nutrition and health.

Below are examples that illustrate the roles certain species play in maintaining healthy ecosystems and biodiversity.

There are many more efforts to preserve unique species and vibrant ecosystems but we hope these examples have shown the fragility – and resilience – of our planet’s amazing biodiversity. With strategic interventions and support from local communities, we can maintain it for years to come.

The Valdivian forest of Chile and Argentina is South America’s only remaining temperate rainforest and home to an amazing diversity of species, some of which date back millions of years. The Valdivian hosts more than 70 percent of Chile’s woody plant species and vibrant animal life. But the forest and biodiversity it supports are under threat, with only 40 percent of the original forest cover remaining and much of it is broken up by industry and development.

The plight of a single species – the Barrio’s frog – illustrates the challenges faced by the entire forest. The frogs were once common but they now only persist in a 10-square-kilometre patch of forest that is under constant threat from clearcutting, farming, and commercial timber planting. One of the world’s rarest amphibians, the Barrio’s frog blends so well into riverbanks and streambeds that it is invisible to the untrained eye, but its resonant, creaking calls are unmistakable.

With the Barrio's frog’s home under threat, local and indigenous community organizations have come together with conservationists as the Alliance for Zero Extinction to ensure its preservation. The Alliance, which is backed by the GEF, created a conservation plan that focuses on public-private collaboration, education, and livelihoods – each with its own actions designed to directly benefit both local communities and species. The Alliance hopes this plan will keep the Barrio's frogs calling for years to come and maintain the forest’s precious biodiversity.

Tree kangaroos in the clouds of Papua New Guinea

Want a healthy cloud forest? Protect the tree kangaroos of Papua New Guinea. By safeguarding these elusive animals, which look something like a cross between a tree kangaroo and a lemur, local communities are also protecting high-elevation rain forests and the tremendous diversity of species they support. The tree kangaroos have been hunted for meat for centuries and they are now almost at the point of extinction; there are only 14 known species that live high in forest canopies.

Keeping the remaining tree kangaroos alive and healthy requires the commitment of local tribes and clans since 90 percent of all land in Papua New Guinea is controlled by customary landowners. In the 1990s, these landowners started to see their natural resources diminishing, and they came together as the Tree Kangaroo Conservation Program to create the country’s first national recognized Conservation Area. With funding from the GEF and UNDP, this has become a national model for conservation. Forests and the ecosystem have come back to life in the past two decades, and the region’s tree kangaroos continue hiding high among the clouds.

Gorongosa National Park in Mozambique is being repopulated by wildlife, and its newest residents are a pack of painted dogs. For decades, the park and its amazingly diverse ecosystem were devoid of wildlife after years of hunting, poaching, and civil war. In 2004, the GEF-supported Gorongosa Restoration Project began with the goal of restoring what had been one of the most biodiverse parks on the planet while using it to drive sustainable economic development. Slowly, animals started coming back to the park, and particularly plant-eaters like baboons and impalas have flourished without their natural predators.

But to truly return Gorongosa’s ecosystem to balance and restore its biodiversity, predators like big cats and wild dogs need to be present. Enter the painted dogs, an endangered species of only 6,500 across all of Africa. The dogs need large areas to freely roam and find prey so they don’t cause conflict with humans and domestic livestock. Gorongosa, on the other hand, needs the dogs to preserve a healthy ecosystem with a wide variety of species.

Last year, a pack of the painted dogs were sent to Gorongosa from South Africa. The hope is that the park will safeguard the dogs and they will ultimately repopulate other parks, preserving an entire region’s biodiversity.

The lost iguanas of Jamaica

The discovery of a Jamaican iguana in 1990 sent shockwaves through the zoology world; the iguanas were thought to be extinct since 1948 – victims of hunters, predators, and habitat destruction. Although the Jamaican iguanas cover only 4 percent of the island, they are a critical link in an incredible biodiversity chain. The iguanas’ waste germinates seeds and causes plants to grow faster, expanding the country’s dry forests and preserving the natural habitat of many species.

In 2012, UNDP began implementing a GEF Small Grants Programme to support the Iguana Head Start Initiative, housed at the Hope Zoo in the capital city of Kingston. The funding fills an important gap in reviving the species: the iguanas’ diet and the diagnostic and medical work of the zoo. Iguanas are born in the wild and taken to the zoo as hatchlings where they are quarantined and treated for diseases, fed a specialized healthy diet, and then released back into the wild.

There are 400 iguanas at the zoo, and 69 were released back into the wild last year. The long-term goal is to prepare nearly islands as a pristine natural habitat where the iguanas can thrive and continue making their important contributions to local biodiversity.

Snow leopards are elusive, gorgeous cats that are increasingly rare. Only 4,000 of them are scattered across 12 countries due to poaching and a loss of their natural habitat. Several GEF-financed projects are working to protect the species by preserving delicate natural ecosystems and mitigating conflict between humans and wildlife.

One such program is changing the way land management works in remote corners of the high-altitude Qinghai Province of China. A GEF-financed and UNDP-supported project is working with almost 200,000 people to conserve important biodiversity. In the remote mountain regions where snow leopards live, many people work as traditional herders. These local herders can serve as the eyes and ears of species protection.

One village in the heart of snow leopard habitat recently signed a co-management agreement with regional authorities that grants full autonomy in conserving wildlife and protecting the environment on their 240,000 hectare grasslands. As conservation targets are achieved, the community receives compensation to improve health and education in the village – a win-win for big cats, humans, and the biodiversity of the entire region.

Clinging to life at the edge of the world