Save our species: an Earth Day "Did you know?" 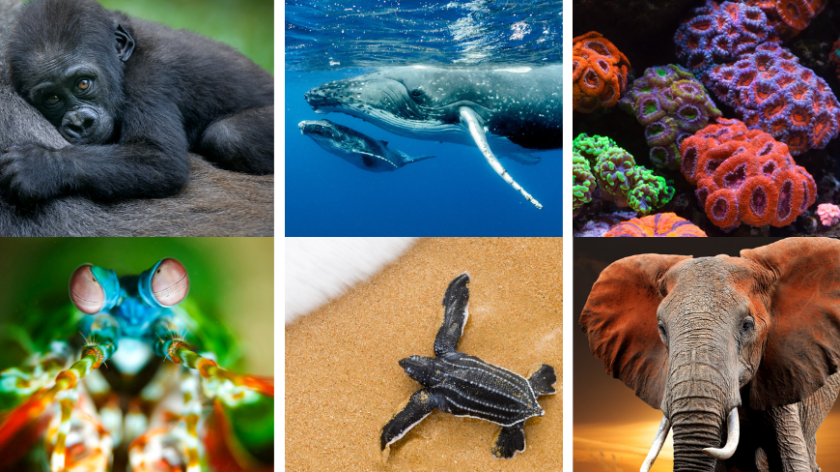 As part of our mission to protect globally important biodiversity, the GEF supports protection of endangered species around the world by securing their habitats and combating the illegal wildlife trade. Photo: Sretachok.P Oat/Shutterstock.

April 22 is Earth Day and the theme this year is protecting endangered species. Beyond the beauty of the coral reefs, the majesty of whales, and the lovability of baby sea turtles, these species maintain ecosystems that are vital to our way of life. Nothing in the world exists on its own.

As part of our mission to protect globally important biodiversity, the GEF supports protection of endangered species around the world by securing their habitats and combating the illegal wildlife trade. The GEF has supported the creation of more than 3,300 protected areas, covering an area larger than Brazil. But, recent reports like the 2018 WWF Living Planet Index, which revealed a staggering 60% decline in populations of mammals, birds, fish, reptiles, and amphibians since 1970, show that much more needs to be done.

Going forward, the GEF will continue to support the conservation of some of the most biologically diverse places on Earth and will do more to address the drivers of biodiversity loss. For example, its new impact programs covering issues like food, land-use and restoration, are expected to provide significant biodiversity benefits and support growing international calls for a new deal for nature.

How much do you know about the living creatures threatened with extinction? The GEF and Earth Day Network can show you something unexpected about these species and efforts to save them. Scroll down to learn more about your favorites or read through them all!

Did you know that whales and humans share the same unique brain cells? These cells are thought to help whales socially organize, empathize, speak, and pass knowledge on to others; these amazing creatures are smarter than your average bear. They also play a crucial role in the circle of life. When a whale dies, its body drops to the ocean floor – called “whale falls” – providing food and habitat to species that live off whales alone.

The natural, biological processes of whales also trap carbon dioxide from the atmosphere, making them allies in the fight against climate change. The GEF's International Waters focal area is enabling the first global-scale assessment of the carbon offset values associated with oceans and coastal ecosystems – including quantifying the amount of carbon trapped by whales, fish, and ocean plant life. The project informs decision-making, raises awareness of the value of protecting the biodiversity of these ecosystems, and fosters cooperation among everyone who has a stake in keeping them intact. Upon completion, the project will provide experience and tools for use on a global scale.

True or false: More than 10 percent of the world’s marine life live in coral reefs.

False; this ancient animal dates back hundreds of thousands of years and is home to more than 25 percent of the world’s marine life! One reef alone has the capability to house thousands of different species.

Nearly one-eighth of the world’s coral reefs are in Indonesia. In 1998, the GEF together with the Government of Indonesia and the World Bank, launched the GEF/IBRD Coral Reef Rehabilitation and Management Project to improve management of coral reefs and promote sustainable use of marine resources.

The first round of this project was a success; illegal fishing decreased by 50 percent and legal fishing vessels began to use coral reef-friendly fishing gear. This project also set the stage and improved policies that supported two follow-up projects.

The most recent endeavor began in 2015 to integrate a holistic coastal management approach into Indonesia’s government and village programs, and to provide communities with incentives and capacity to sustainably co-manage their coral reefs. This five-year project contributes to Indonesia’s strategy for inclusive growth and environmental sustainability and will support reaching their 2020 target of establishing 20 million hectares of effectively managed protected areas.

In 1930, up to ten million elephants roamed the African continent. Today, only 500,000 of these majestic creatures remain. Elephants know themselves; unlike many animal species, they can recognize themselves in a mirror. This awareness of self indicates that these animals are very intelligent.

The responsibility of protecting elephants – and all biodiversity in Africa – cannot be left only to the low-resource communities where many of these animals live. The GEF funds projects under its Least Developed Country Fund that support the fight against illegal poaching of elephants and other animals. Learn more about one innovative project that strategically uses elephants’ un-hipster distaste for kale to benefit elephants and their surrounding communities.

For anyone who thinks climate change and biodiversity loss is part of a natural cycle, crustaceans say think again. They’ve been around a long time – 540 million years – and now some of their species are at risk from over-fishing and plastic pollution.

The Vietnam land crab is a species that lives in caves in the Cham Islands' damp forests and only goes to the coast to lay its eggs. The species is a conservation indicator; if the ocean or forest ecosystems are doing poorly, the crab population will reflect it.

The crab is also considered a tourist delicacy. As a result of increased tourism, the crab was being over-harvested, and the species was diminishing. A farmer community project run by the UNDP and supported in part by the GEF Small Grants Programme has successfully ensured that three-quarters of the crab population is left in the forest each year by only allowing mature crabs to be sold at market. It also enforces a 10,000 crab per year harvest limit.

As a result, the cost of crabs has gone up and increased farmers’ income. This means that both the local farmers and tourists will be able to sell and enjoy the delicacy for years to come.

Did you know that sea turtles survived the dinosaur apocalypse? They are one of the oldest – and cutest – creatures on Earth. When the dinosaurs became extinct 65 million years ago, the sea turtles held on for dear life. Now they’re fighting again.

Sea turtles are threatened by rising water temperatures and are a frequent bycatch of trawling, or fishing by dragging a net along the ocean floor. Intended to catch other creatures like shrimp and some fish, the nets trap and hold sea turtles under water for too long and many drown.

The GEF Small Grants Programme (SGP) has been supporting the Marine Research Foundation in Malaysia to develop and implement a long-term national bycatch reduction program in partnership with the Malaysian Department of Fisheries. The project uses an ecosystem-based approach to conserve sea turtles and their habitats through Turtle Excluder Devices (TEDs). TEDs are metal grids positioned at the bottom or top of a trawl net that retain small fish and shrimp while allowing large animals such as turtles and sharks to escape. They improve the quality of the catch and decrease the amount of debris that gathers in the back of the net. This helps save fuel, benefitting fishers. Everyone wins!

Humans share a lot of traits and cognitive abilities with the great apes due to our relatively recent split on the primate family tree. One shared trait is our altruism. Bonobos have been observed to share their food with others outside of their immediate group to ensure that every animal has enough to eat.

Due to enormous efforts to save gorillas, their population numbers are increasing – proving that well-funded conservation efforts can and do work. However, we have a long way to go to get gorillas out of danger, and not all species are faring equally well. This century has seen the number of chimpanzees decrease from more than two million to approximately 300,000. The eastern lowland gorillas are winning the race to the bottom; in the last 20 years, 77 percent of their population has been lost.

The loss of ape habitats is a major contributor to their looming extinction, and GEF is working hard to conserve these regions. Our Congo Basin Sustainable Landscapes (CBSL) program will work in partnership with six national governments – Cameroon, Central African Republic, the Democratic Republic of Congo, Equatorial Guinea, Gabon, and the Republic of Congo – to protect this part of the world.

CBSL will establish land use planning instruments in these landscapes. It will focus on the heart of the Congo Basin where there are dense rainforests with high carbon stocks, gorilla populations and other globally important biodiversity, and forest-dependent peoples. These landscapes are shared by several countries, requiring that the national governments work together to plan land use, implement local governance models, and adopt common measures to fight wildlife poaching, trafficking, and illegal logging.

This Earth Day, you can take part in saving endangered species. Earth Day Network provides a list of things you can do for these species and many more that in the danger zone.

To start – every living creature is in some way affected by plastic pollution, so reducing plastic use is one surefire way to make a difference. Learn more about the actions you can take using Earth Day Network’s plastic pollution calculator.

Another sound environmental choice every person can make is to think more carefully about the products we consume. Making sustainable and ecologically friendly choices regarding seafood goes a long way to protect whales, sea turtles, crustaceans, and the vital ecosystems to which we all belong. Similarly, making smart choices about rainforest-derived products like palm oil and chewing gum can have a surprisingly positive impact for elephants and apes and our ability to mitigate climate change.

Many more species deserve our consideration and protection, but we hope you’ve learned something and can put this knowledge to good use. Remember – nothing exists in the world alone. We are part of a larger system and our impact on that system matters. In fact, the future of our Earth depends on it.

Editor’s note: Established in 1964, The International Union for Conservation of Nature’s Red List of Threatened Species has evolved to become the world’s most comprehensive information source on the global conservation status of animal, fungi and plant species.

The IUCN Red List is a critical indicator of the health of the world’s biodiversity. Far more than a list of species and their status, it is a powerful tool to inform and catalyze action for biodiversity conservation and policy change, critical to protecting the natural resources we need to survive. It provides information about range, population size, habitat and ecology, use and/or trade, threats, and conservation actions that will help inform necessary conservation decisions.

The Congo Basin is critical to the health of our planet

Supporting innovation for transformation: GEF’s new Impact Programs to tackle the drivers of environmental degradation in an integrated way 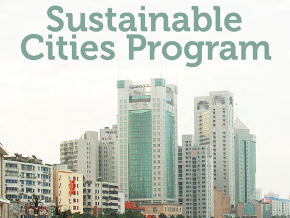 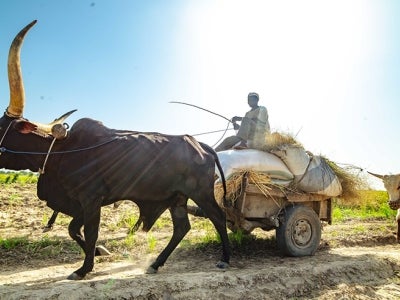