What to watch on World Wildlife Day 2020 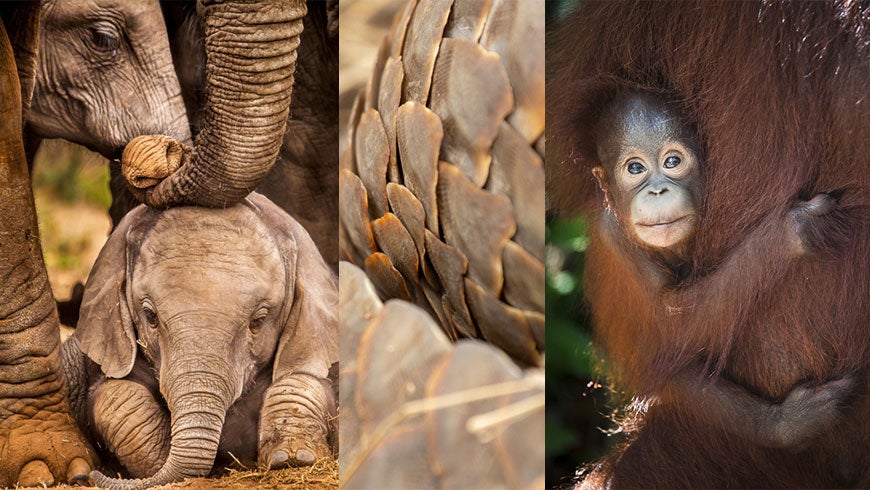 Around the world many GEF partners, from UN Environment Programme, and World Wildlife Fund to the World Bank are sharing stories, raising awareness, and encouraging action around the WWD 2020 theme of Sustaining all life on Earth.

This year is especially important. 2020 has been dubbed the “super-year” for biodiversity and nature, when the international community will seek new deals on biodiversity, nature, and climate change.

This year’s World Wildlife Day prompts us to think critically, and urgently, about our impact on the natural world.

Motion pictures and story-telling are two compelling ways to illustrate the beauty of biodiversity and nature. For World Wildlife Day 2020, the Secretariat of the Convention on International Trade in Endangered Species of Wild Fauna and Flora, the UN Development Programme, and Jackson Wild have organized an international film showcase to highlight global conservation efforts and sustainable animal use.

All of the submitted films play a vital part in biodiversity awareness. Below are a few of the selected finalists and examples of related GEF programs and stories.

“Our Gorongosa: A Park for the People” documents the Gorongosa National Park in Mozambique and how it became one of Africa’s most celebrated models for wildlife conservation and community development. “The Elephant Queen” provides a heartfelt look into an elephant family’s journey across the African savannah.

Aside from wildlife conservation, reserve sites like Gorongosa support community development by giving community members, especially women, the opportunity to escape conflict and poverty as they take up park staff roles. Researchers, farmers, and park staff work together at GEF-supported farms and nurseries to test planting strategies, grow healthy coffee, and protect biodiversity.

“Borneo” and “Hunting the Helmeted Hornbill” present the beauty and loss of biodiversity in the ancient, complex habitat of Borneo. Borneo and other islands in Southeast Asia are some of the most varied habitats with 120 million year old rainforests and 4,000 meter tall mountains.

To produce commodities such as soy, beef, and palm oil, forests like the Borneo rainforests are cut down. The GEF encourages sustainably produced agricultural commodities with the Good Growth Partnership by examining supply chains and creating financial incentives. With grant financing and the non-grant instrument, the GEF aims to reduce deforestation and consequently secure more homes for animals.

Alongside the deforestation crisis is the illegal wildlife trade crisis. Animals like the helmeted hornbill diminish as their homes disappear and their casques are harvested for luxury goods. Illegal wildlife trade is similarly an issue in other parts of Indonesia. GEF-financed projects target significant loopholes in wildlife protection to minimize biodiversity loss in Northern Sumatra and Sulawesi.

“Nigerians Fight to Protect the World's Most Trafficked Mammal” is a short National Geographic film that details the Nigerians who protect pangolins, a shy animal poached for medicine and food. For many years, Asian pangolin species were trafficked. Poachers have now moved to African pangolins as numbers plummet in Asia.

A growing awareness of illegal wildlife trade can help transform hunting reserves into protected areas. Such is the case with Quiçama National Park, a now protected territory for elephants, giraffes, zebras, impala, and other animals. Last month, a mother pangolin and her newborn baby were found and rescued in Quiçama. The GEF-supported project creates new protected areas throughout Angola from Bicuar to Maiombe to the Luando Strict Nature Reserve.

What to expect from Super Year 2020: environmental leaders look ahead

Are you here to plant trees or help people?