Bringing the land to life: empowering women through improved land stewardship in Kenya 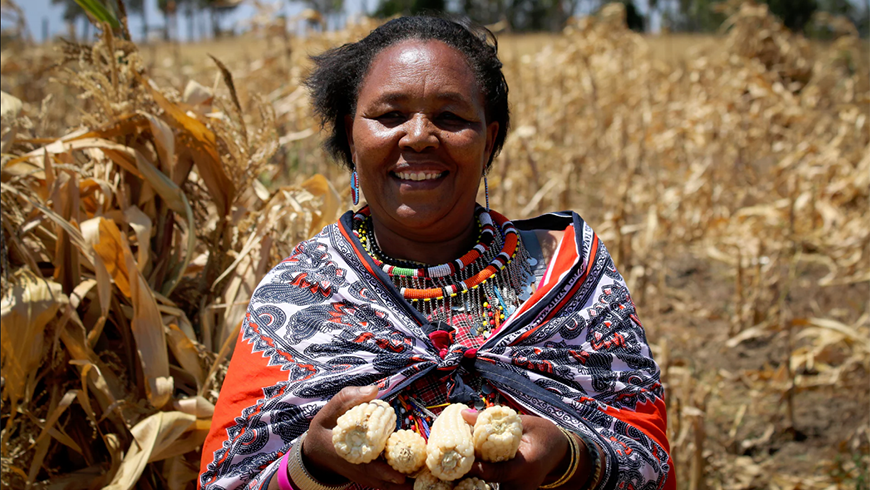 Mrs. Esther Kuluo is the beneficiary of a GEF-funded UNDP sustainable land management project. The project has provided her and over 11,000 other Maasai community members with land-use planning and experiential learning through Farmer Field Schools.

"Thanks to this project, I can truly say: 'mambo si kama zamani' (Swahili for: 'things are not like in the past') - our lives are better. Women now have a voice. We participate in decision-making, share leadership positions, and earn a better living from farming activities." Mrs. Esther Kuluo, member of the Ilaretok Farmer Field School, and Treasurer of the Ilaretok Water Management Committee, North Narok, Kenya.

Stand anywhere in northern Narok County, Kenya, and you will see vast stretches of dun landscape, studded with trees and grey-green scrub, and rimmed on the horizon by hulking blue-grey hills. These plains are part of a vast dryland ecosystem that occupies some 80% of the land surface of Kenya. Harsh and inhospitable as they may seem at first glance, these landscapes are vital rangelands, historically supporting varied and abundant populations of wild animals and herds of livestock tended by the Maasai communities who call these plains home.

Esther Kuluo was born into a family of Maasai pastoralists in North Narok. She grew up with the belief that the role of men was to tend the livestock, while women cared for the children and homestead, and perhaps raised chickens to provide eggs. Like many women of her generation, Esther was married at a young age. Soon after leaving school, the arrival of her first child - and the six children who followed - meant that she had to assume responsibilities as a mother. Keeping her family fed was a growing challenge, especially after she was widowed.

The Maasai are traditionally transhumant pastoralists, shifting their cattle seasonally. Over the years, successive droughts, increasingly unpredictable rainfall and other impacts of climate change made it difficult to find enough pasture and water. Animals grew thin and died, ground cover was depleted, soil erosion set in and communities battled to eke out an existence based on livestock alone. Land degradation became widespread and with it came chronic poverty and hunger, with the worst affected being vulnerable and marginalised groups such as women and children - a potential downward spiral and poverty trap.

Sustainable land management is a comprehensive approach to address land degradation through improved land stewardship, with benefits for both the environment and the people who depend on it. With support from UNDP, the Government of Kenya and its partners have implemented a Global Environment Facility-financed project entitled: Mainstreaming Sustainable Land Management (SLM) in Agro-Pastoral Production Systems of Kenya, the aim of which was to address chronic poverty, hunger and land degradation by building capacity for sustainable land management, especially amongst women. This project, of which Esther Kuluo and her community were beneficiaries, worked to improve carbon stocks and promote water conservation and climate-smart agro-pastoral practices in order to enhance food security, strengthen economic resilience, and build sustainable livelihoods while restoring the ecological integrity of arid and semi-arid landscapes.

The objectives of the project were achieved through knowledge-based land-use planning and community-based experiential learning using the Farmer Field School model. Trained facilitators worked with the communities of North Narok to form Farmer Field Schools that included both men and women - a first for these communities. They used innovative, participatory approaches to help the Field School members investigate and overcome a wide range of land management problems including low soil productivity, soil erosion, and water shortages. In addition to broad-based training in sustainable agro-pastoral practices, the facilitators introduced improved breeding stock and poultry husbandry practices, thus improving food security and empowering the women whose preserve it is to raise poultry in Maasai communities. 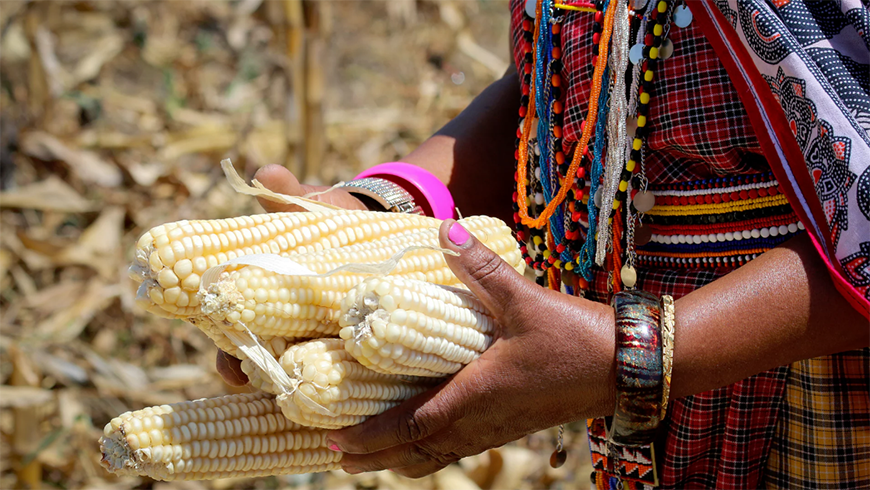 The project brought direct benefits to 11,448 farmers (two thirds of whom are women), and indirect benefits to 243,633 community members. Over 100,000 hectares of degraded land were rehabilitated through pasture re-seeding and tree planting. Women now play an active role in managing the land, and in decision-making at both the household and community level. Their greater economic security makes it possible for them to provide better for their families, and to ensure a brighter future for their children.