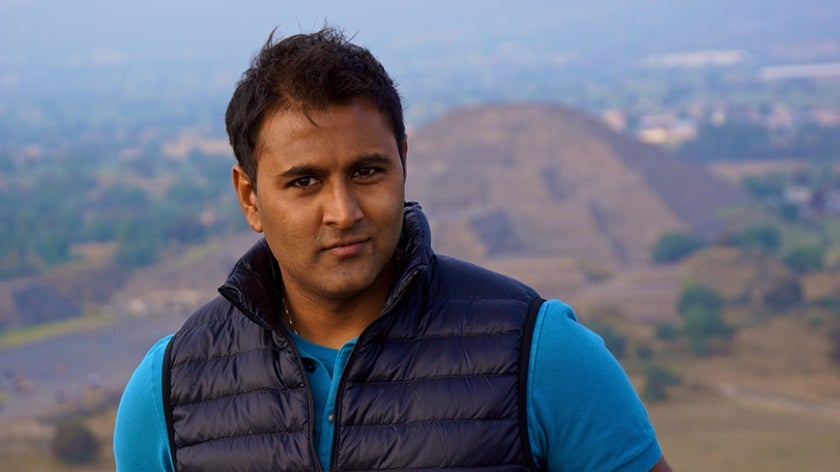 As Coordinator of the GEF’s chemicals and waste team, Anil Sookdeo is working to end exposure to toxic pollutants and chemicals that endanger human health and that of the planet. In an interview, he recalled how his first job at an ammonia plant opened his eyes to environmental risks related to chemicals and led to a career focused on preventing accidents, injuries, and damage from their use.

What is the GEF doing about dangerous chemicals and pollutants?

The Global Environment Facility is directly involved in tackling difficult challenges including how to help small-scale and artisanal miners make a living without exposure to mercury, and how to end the use of toxic “forever chemicals” that never break down in the environment. We also support efforts to improve the management of waste containing dangerous chemicals, find alternatives to dangerous agricultural chemicals, and help Least Developed Countries and Small Island Developing States manage risks and improve their capacity related to chemicals and waste. To make progress in this area, the GEF works with developing country governments, with partner agencies, with industry, and with local workers and communities to support projects and programs, support policy changes, catalyze investment and raise awareness about best practices in this area.

When did you first become interested in environmental protection?

I grew up in Trinidad and Tobago, which is a twin island state in the Caribbean, and was very fortunate to grow up surrounded by beautiful beaches, mountains, forests, and rivers. My school holidays as a kid were filled with my parents packing us up and driving throughout the length and breadth of Trinidad and Tobago, through every backroad, to every beach and river. It is something my brothers and I continue to enjoy doing with my nieces and nephews.

In high school, I wrote a paper on two of the deadliest environmental tragedies up to that time that were a result of poor chemicals use and industrial irresponsibility: the mass mercury poisonings at Minamata, Japan, and the explosion of the Union Carbide plant in Bhopal, India. Both incidents stayed with me through my academic studies. As a chemistry major I was very interested in how chemicals can harm us and the environment and, one day, as I walked past an asphalt roofing plant, I thought to myself that those fumes being emitted couldn’t be safe or healthy for the workers, and so I chose to look for a job in the environmental field.

From that point to now, it has been very fulfilling to work on preventing another Minamata or Bhopal, and my work has allowed me to visit the sites of both these disasters and see the progress made in reversing the environmental damage there, though no amount of effort will erase the human toll. While we are making progress on chemicals management, the tragedy in Lebanon this week from an ammonium nitrate explosion is a reminder that chemical accidents can happen without warning and we have much more work to do to prevent loss of life and damage to the environment.

My first real job was at an ammonia plant as the assistant of an environmental specialist. It was my first time working directly on environmental reporting for a multinational corporation and among the reports I did was reporting on the Basel Convention on the transboundary movement of waste. Little did I know at the time that the professional path I was about to walk would lead me to working directly with the Basel Convention, among other conventions such as the Stockholm Convention on Persistent Organic Pollutants, the Minamata Convention on Mercury, the Montreal Protocol on Substances that Deplete the Ozone Layer, and the Strategic Approach to International Chemicals Management. Working at an ammonia plant also made me painfully aware of the dangers to workers and residents living near chemical plants as I would have to carry ammonia detectors and have a gas mask with me at all times in case of an accident.

After a brief foray in the private sector, I was very fortunate to have been a national scholarship recipient which enabled me to do postgraduate work at the University of York where I met folks working in different parts of the United Nations, which piqued my interest in working on global environmental issues. After working for the Government of Trinidad and Tobago on environmental compliance and enforcement issues, and on the implementation of the Montreal Protocol in Trinidad and Tobago, I was offered a role at UNDP in its regional office for Asia and the Pacific to support countries with their implementation of the Montreal Protocol and the Stockholm Convention and then a role at UNEP’s regional office in Bangkok to manage the Asia-Pacific chemicals work program. This led me to the Global Environment Facility where I have been for the last 10 years.

How has the COVID-19 outbreak affected your approach to work?

A large part of my job involves working with colleagues and partners in different locations and countries, so in that sense a lot of my day to day work remains the same. Still, while a lot can be done through web-based and other video conferencing platforms, there is no substitute for in-person engagement. COVID-19 has forced us to re-think, re-imagine, and innovate to find new ways to continue our work. For me, the trick has been to keep lines of communications open while also making time to be away from devices. I have been able for the most part to maintain a regular workday, and having a routine helps.

What does success in your work area look like?

It sounds like a cliché, but success in my area of work would be no need for me and the international environmental conventions governing our work. My hope would be that by the time I retire, countries, all countries are on a pathway to using less chemicals overall, that those used are not harmful, and that any remaining harmful chemicals are managed well to prevent harm to humans and the environment. 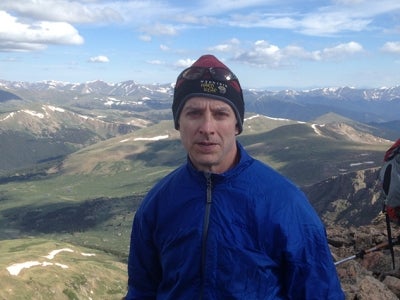 Lessons from the long game of biodiversity conservation 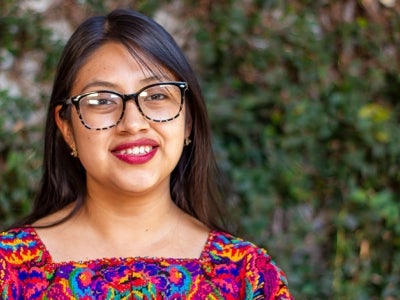 Working to make a generational difference