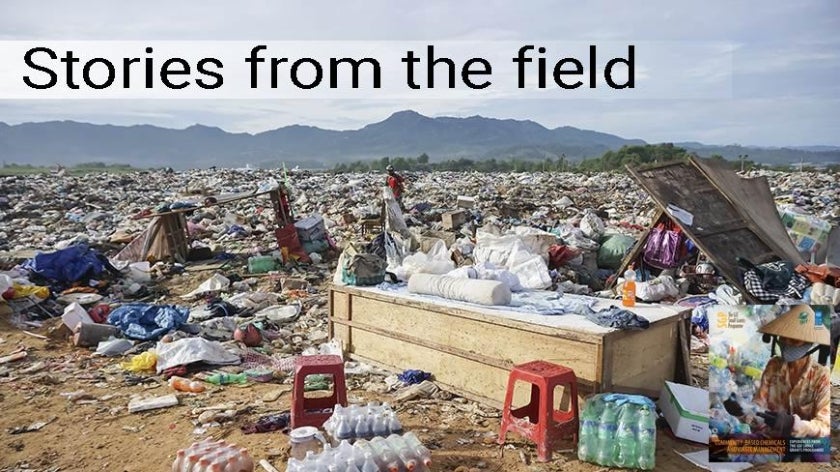 Persistent Organic Pollutants (POPs) are toxic, persistent, mobile and thus a global issue. POPs may include pesticides, industrial chemicals, or unwanted by-products of industrial processes or combustion. Organisms at the top of the food chain, including humans, usually accumulate the highest concentration of POPs over their lifetime. The evidence of detrimental effects of some POPs on living organisms, often on entire populations, demonstrates the threat to biodiversity and the potential for disruption at the ecosystem level.

Malaysian consumers are largely unaware of the potential and actual harm of these chemical hazards, and adequate testing for POPs or their monitoring for safety is not in place. The Consumers’ Association of Penang (CAP) initiated a project supported by SGP with the goal of raising public awareness and understanding of POPs in the states of Penang, Perlis, Kedah, Perak and Selangor. The project aimed to reduce consumer exposure to POPs through changing consumption and production patterns.

CAP’s mission was to reduce public exposure to POPs by raising awareness on the hazards of POPs pesticides such as aldrin, chlordane, DDT, mirex, heptachlor and unintentionally produced POPs such as dioxins, furans and PCBs from some industrial processes and combustion. The target groups were the general public, students and farmers. To raise awareness in the population, CAP engaged in a range of activities. They set up consumer brigades comprised of groups of active consumers to network with local farmers to achieve change. Articles on POPs were published in the magazine the Utusan Konsumer and discussions and training sessions were held to demonstrate to the farmers the different alternatives to POPs products.

CAP campaigned for consumers to grow their own food to reduce the cost of purchasing vegetables and to create food security. In this way families were able to have direct access to a diversity of fresh nutritionally-rich foods, save on food bills, earn extra income from sales of excess garden products and have additional food supply. Consumers were also discouraged from buying unnecessary disposable plastic products.

CAP worked with at least 50 different groups, from welfare institutions, social groups, women’s groups, youth groups, senior citizens, orphanages, farmers’ groups, multi-religious groups, health groups, and societies in universities to change food production methods in Malaysia and promote home gardening. In total, half of the project participants were women and five of the consumer brigades were led by women. There was also a significant involvement of indigenous groups in Sabah, Sarawak, and peninsular Malaysia, and many indigenous communities adopted natural farming methods learned from CAP.

The project demonstrated viable and cost-effective alternatives to POPs products, taught farmers to limit the amount of waste going to landfills and incinerators, and encouraged farmers to use organic farming methods to eliminate use of POPs and hazardous pesticides. As a result of CAP’s capacity building training and follow-up activities with farmers 42 farmers converted to, or are in the process of converting to chemical-free farming. The project area covers a total of 80 hectares and the project expanded from the original five states to include Negeri Sembilan and Pahang. Participants from other states and countries also attended some of the training and educational programmes conducted in targeted states.

At the policy level, CAP was involved in the drafting of the National Implementation Plan on POPs. The government has yet to ratify the Stockholm Convention through enabling legislations. CAP has also actively pursued the ban on asbestos and has called on the government to prohibit lead-coated products and paints containing lead.

CAP produced a book on the nature of POPs and successful initiatives to minimize exposure to POPs, which will facilitate outreach and the dissemination of useful information to more people. Even after project funding was exhausted, the project is still operative and the public actively seeks advice from CAP on organic farming, natural farming products, and guidebooks on home nutrition gardening.

There were a number of key aspects of the project’s success. People were willing to change their behavior to protect their own health and that of their families, by minimizing their exposure to POPs. Despite this, changing the mindset of the farmers was a difficult task due to the enormous influence of the agro-chemical industry and their aggressive promotion of agrochemicals. CAP sometimes encountered farmers unwilling to shift from agrochemical farming for fear of losing their crops and income. It took time to gain the farmers’ trust and for them to start phasing out agrochemicals. Therefore, actions taken to convince farmers to switch to natural farming needed to be persistent and progressive.

Through experience, CAP found that women who are empowered with knowledge seek to make changes for their family and in their society. Women have a special regard for their family’s health and the change often starts at home. A critical element in empowering people with no previous knowledge of POPs was the simplicity and accessibility of the guidelines and suggested actions produced by CAP. Having the guidance understood made communication easier between the consumer brigades, the farmers, and the community. 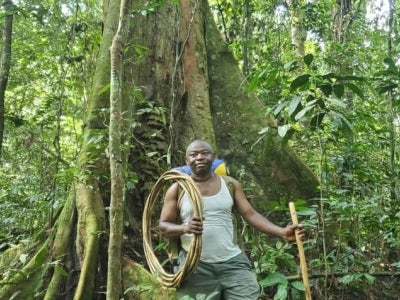